At Holy Saviour we are blessed to have a wonderful team of Governors who are dedicated to our school.  Our Governors meet three times a year as a full Governing Body and then at least another three times in addition to this for each committee they may be part of.  Most of our Governors belong to either the Finance, Staffing and Premises Committee or the Curriculum Committee. 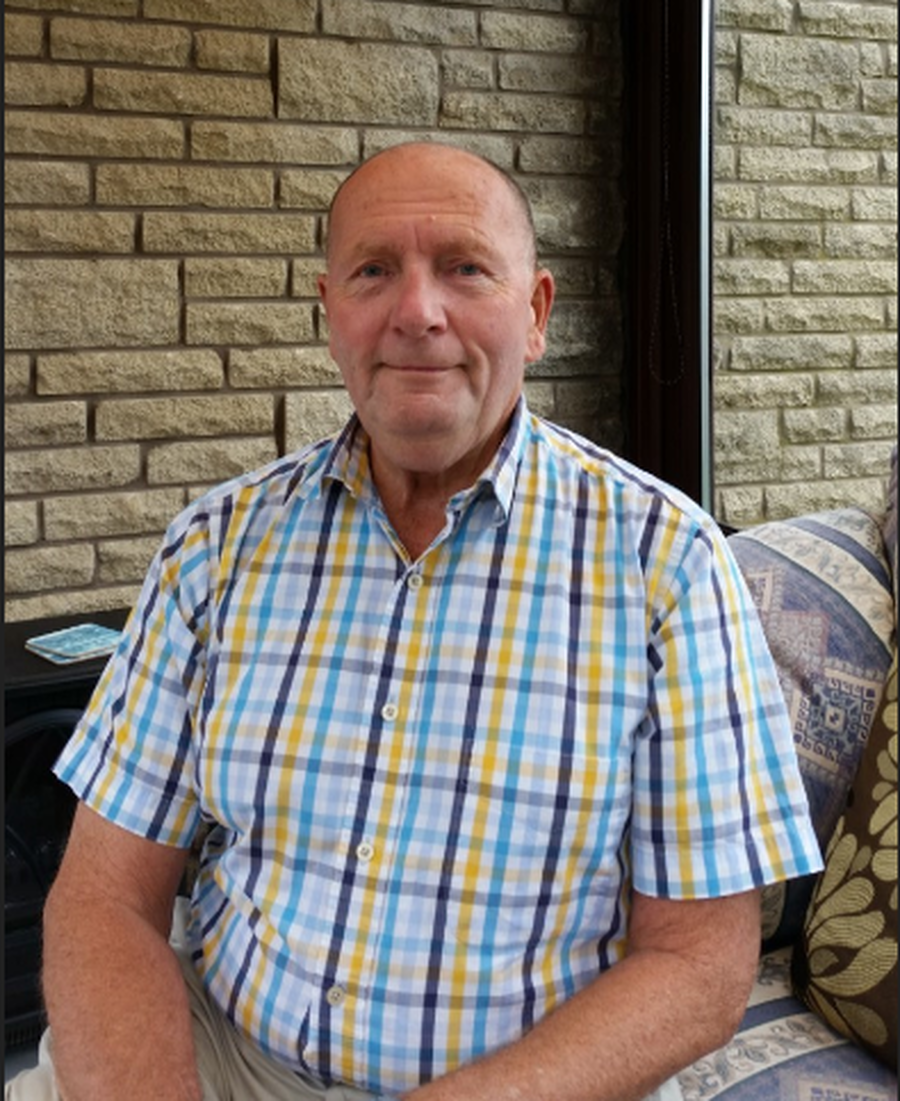 Bernard has been a Foundation Governor of Holy Saviour since 2009.  He is a retired Secondary Headteacher, and worked in Catholic education for 37 years.  He is a former School Improvement Partner (advising Heads on the formulation and monitoring of targets and improvement plans).  Bernard and his wife Elaine have three grown-up children.

Bernard is a member of Independent Admissions and Exclusions panels in Lancashire, Salford and Oldham and has a long association with local sport and drama.  Bernard is also the Chair of Pendle Leisure Trust and was a magistrate until 2016.

As a committed parishioner of The Good Shepherd Parish, Bernard has a long connection with Holy Saviour School.  His three children all attended Holy Saviour as well as nieces and nephews.

Bernard uses his experience both in Catholic education and in the wider educational context to help to contribute towards the learning and wider development of the children of Holy Saviour Roman Catholic Primary School. 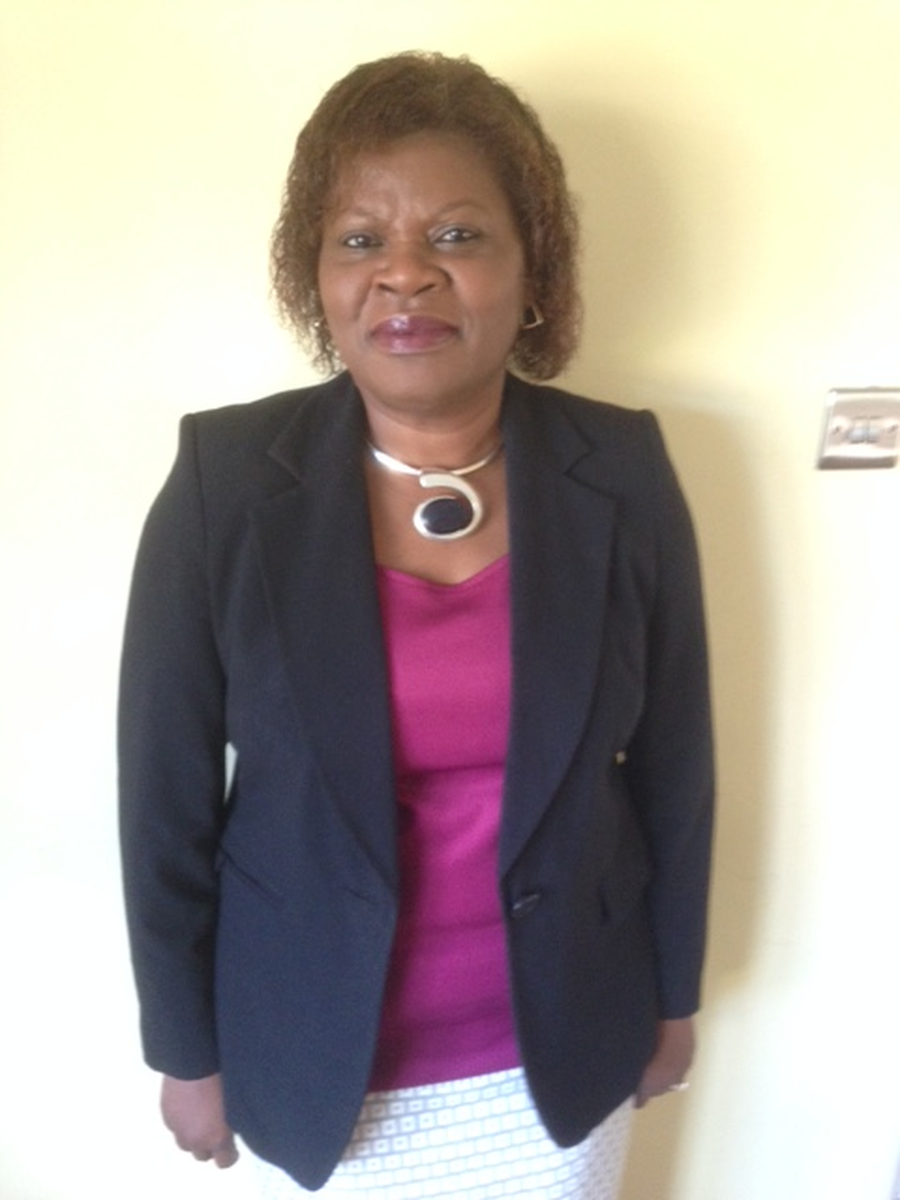 Jummy is a married mother of two and a practising catholic who believes and devotes her spare time to supporting the education of our children.  Her ambition is to contribute to good quality education for all our community.

Parish Priest of the Good Shepherd 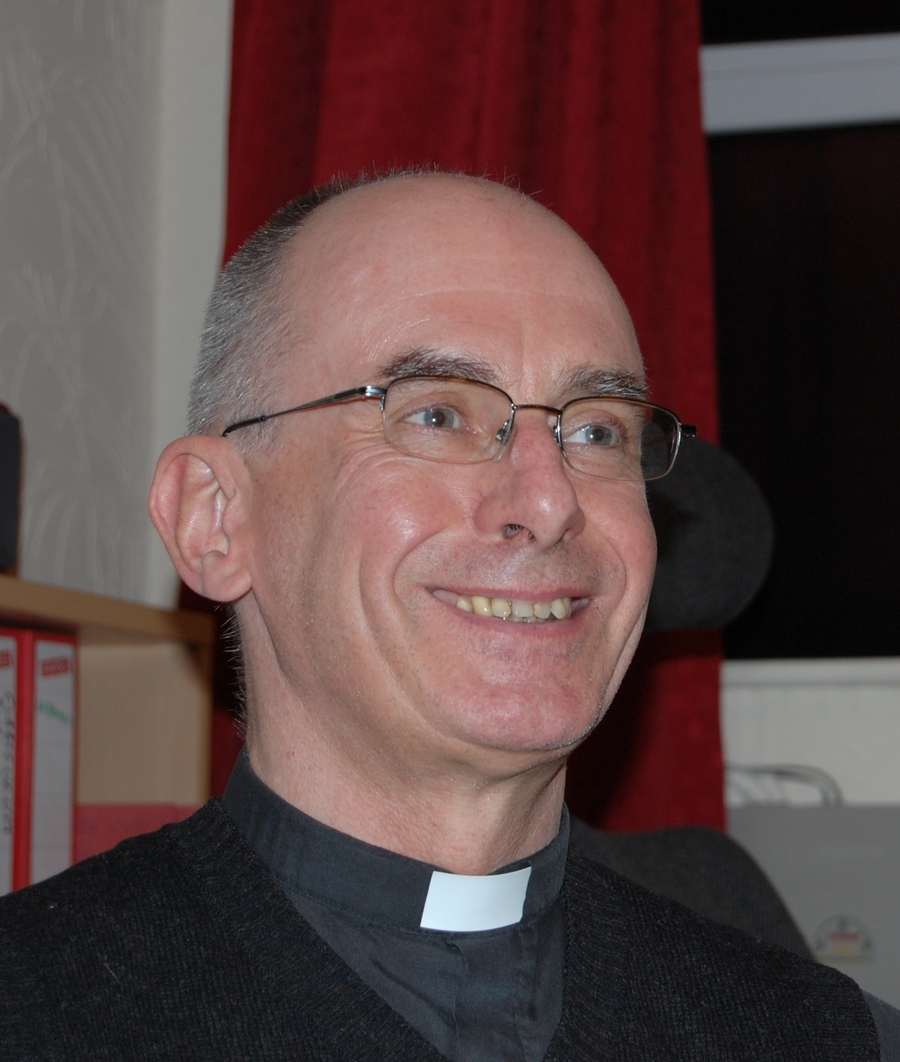 Father Peter grew up in Blackburn and then went to seminary in Oscott, Birmingham.  After six years in training he was ordained Priest at St Alban's Church, Blackburn in July 1977.  Father Peter was part of the national team of full-time prison chaplains, beginning at HMP Manchester (Strangeways) and then promotion to be Principal RC (Prison) Chaplain for England and Wales.  For his work in prisons he was appointed a Prelate of Honour with the title of Monsignor by His Holiness Pope St.John Paul II in 1991.

In addition he has spent some years in part-time chaplaincies including school chaplaincy, hospital chaplaincy and police chaplaincy both with Manchester Police and Lancashire Constabulary where he received Divisional Commander's Commendations in each.

His hobbies include playing various musical instruments,  scuba diving, walking, cycling, camping and caravanning, although the most energetic activity at the moment is being taken for walks by Clara, the Jack Russell. I have been parent governor since June 2018.  I am a senior manager in children’s social care and have worked in the childcare field for over twenty years.  I believe this supports my knowledge and understanding of the education system and how my role as a governor can support the children’s best interests.

I am a mother to Will and step mother to Holly both of which have attended Holy Saviour school and benefitted from the high standard of education and care offered.

In my spare time, I enjoy spending time with my family, walking our new puppy and ‘trying’ to keep fit. 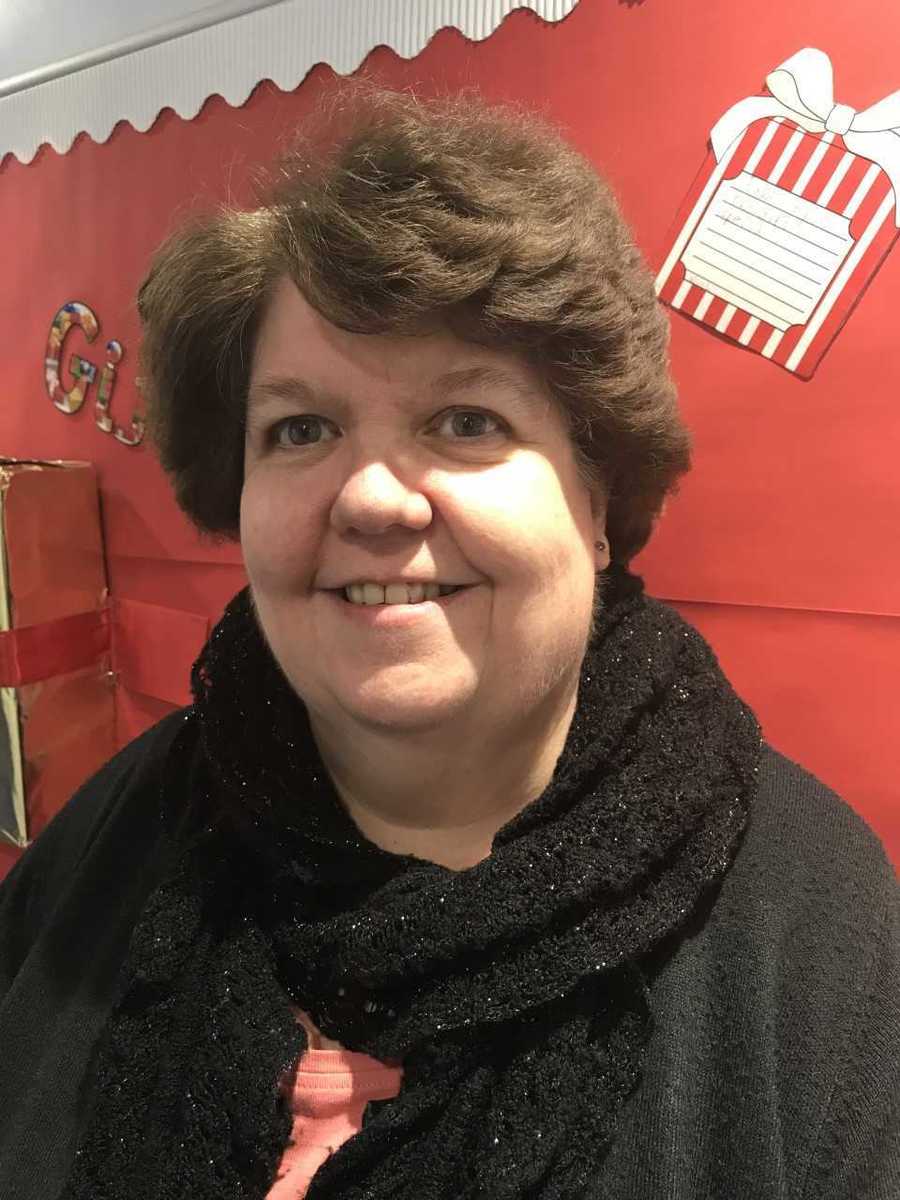 Janet has been involved with Holy Saviour School for the past 25 years, six as a volunteer and the remainder as a member of staff.  She is currently in her third term as staff governor.  Within her role as governor she serves on the Curriculum Committee.

Janet is also the Link Training governor which means that she organises the training courses for all the other governors.  Another role Janet has is the Eco Council governor.

The role of a staff governor can be both challenging and rewarding and Janet has built strong links between the governing body and staff of the school.  Janet feels being a governor gives her a chance to make a positive contribution to children's education. Kirsty was elected as parent governor in Jan 2020.  She has a long and varied career as a Registered Nurse in the NHS and believes her experience as a nurse and working with a variety of people and professions will contribute positively to her role.

Kirsty is mother to Freddie who is a pupil at Holy Saviour and as such has a keen interest in the learning, development and wellbeing of our pupils.  As a parent governor she believes that the views of our children and parents should be shared and valued.

Since moving from Burnley to Barrowford Kirsty is a practicing member of the Good Shepherd Parish.  She enjoys spending time with her family and being Mum to Freddie. 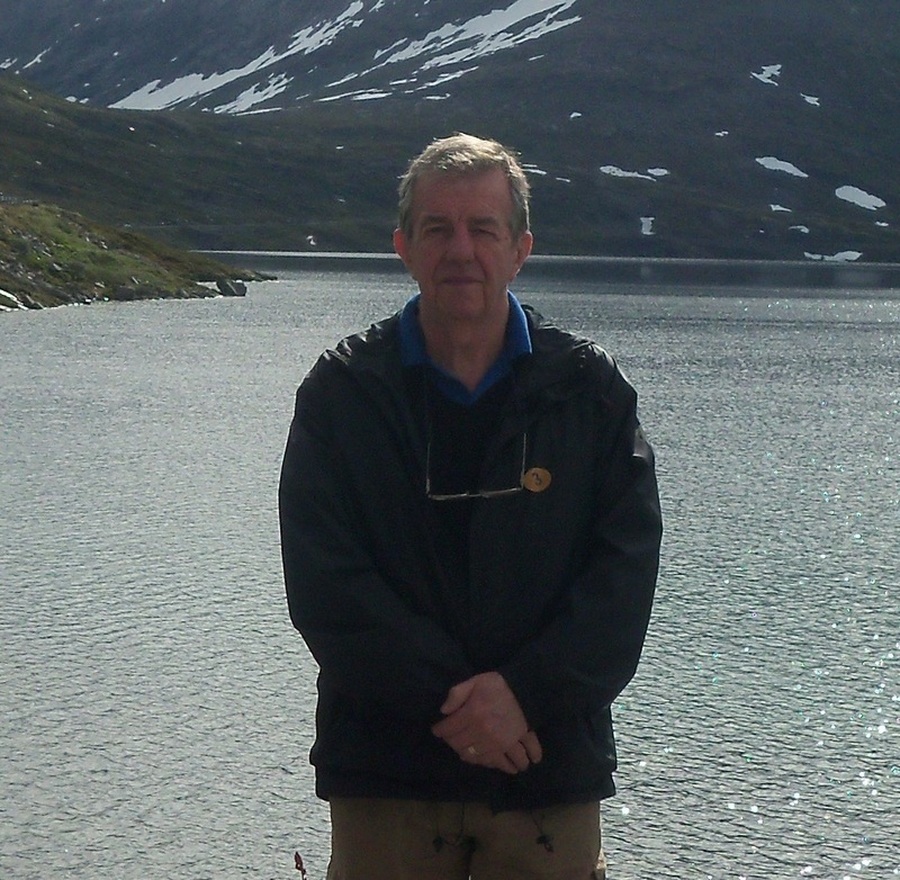 Tony Finnan is a former Head of History teacher at St. Theordore's, Burnley.  He was educated at Holy Saviour Secondary Modern, Nelson for a year and then went on to St. Bede's College, Manchester and Sheffield University.

He then returned to Burnley where he taught mainly History and some Religious Education and English.  He was involved in Games Coaching, especially Rugby Union and Tennis.

Interest in rugby led to a playing, coaching and administrative involvement with Burnley Rugby Club and Belvedere and Calder Vale Sports Club which still continues.

Tony is an active member of St.John Southworth parish in Nelson.  He has three children and one grandchild still attends Holy Saviour.

He is also a member of the Admissions Committee. Clare is married with three grown up children and a grandson.  Attended Holy Saviour as a child when it was first opened and went on to Ss Fisher More High School.  Clare has been self-employed in the retail sector all her working life, also providing foster care for ten years, having various children placed in the family, covering both long term and respite care.

Clare attends Sacred Heart church and is a member of the St Vincent de Paul Society and she is Interested in the good education of children and the community in general.

Anna moved to England from Poland thirteen years ago, and is a married, working mother with a young family of two children, who is keen to support the school in her role of Parent Governor.

Anna is to be a member of the Admissions Committee and has volunteered to help families during the Sacramental Programme with any translation needs.